In a moment in which we are experiencing a generational shift among Jewish identifying artists to a more inclusive and polyvocal, fluid understanding of Jewish identity, the politics and visual culture of Jewishness are foregrounded in astounding new ways. From graphic novels to digital art and highly charged dance and performance, to theater, music and literature, we see both a return to ritual and a search for new narratives of the contemporary Jewish experience. Thus, the field is expanded even while acknowledging its own histories. 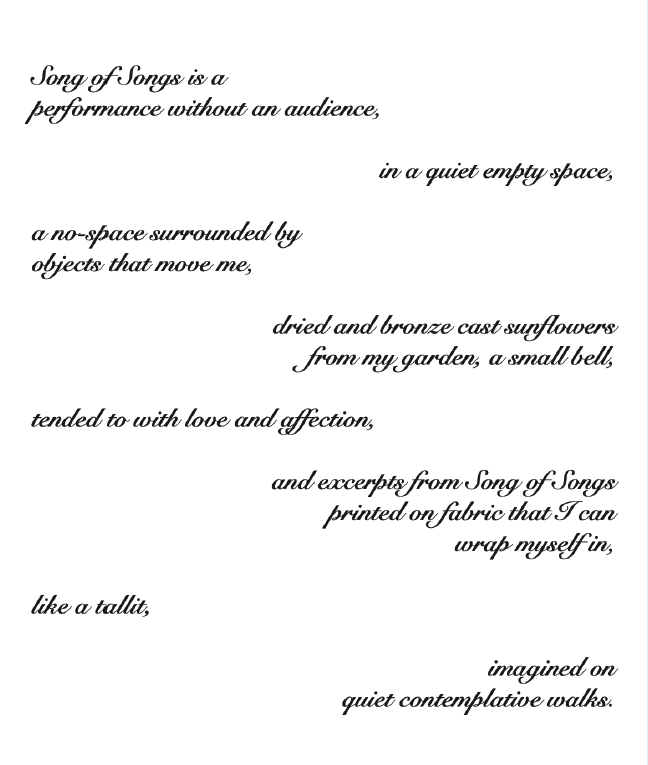 While trying to define it, the modernist art critic Harold Rosenberg has referred to, the “ambiguous situation” of Jewish Art.i Such ambiguities are the product of resistance; a denial by artists of a Jewish visual canon, and of the constituents of an accepted visual culture of Jewishness generally. Staci Boris, who curated The New Authentics: Artists of the Post-Jewish Generation at the Spertus Museum in 2008 alludes to the idea that contemporary Jewish artists are “Free to choose their affiliations, they are Jewish culturally, religiously, spiritually, intellectually, emotionally, partially, biologically, or invisibly“ further expanding Rosenberg’s notion of the “ambiguity” of Jewish art to include a kind of ambiguous Jewishness as well. And as the culture shifts into a postmodern present, a fluid and indeterminate present, Jewish culture itself becomes a space in which issues of gender, sexuality, ethnicity, class, politics, history, and nationality are transposed into a new visual culture; it’s art is conceptual and often performative. It poses questions gleaned from a history of wandering; though landscapes, through ideas, through identities, and through texts both sacred and otherwise. Artists of what Boris calls, the Post-Jewish Generation do not lack faith. Perhaps they have given into the hallucinatory effects of faith. As Rosenberg noted,

Perhaps this “engagement with the esthetics of self” has created a liminal space for the creation of a new version of Jewish Art, one situated within unfamiliar territory. 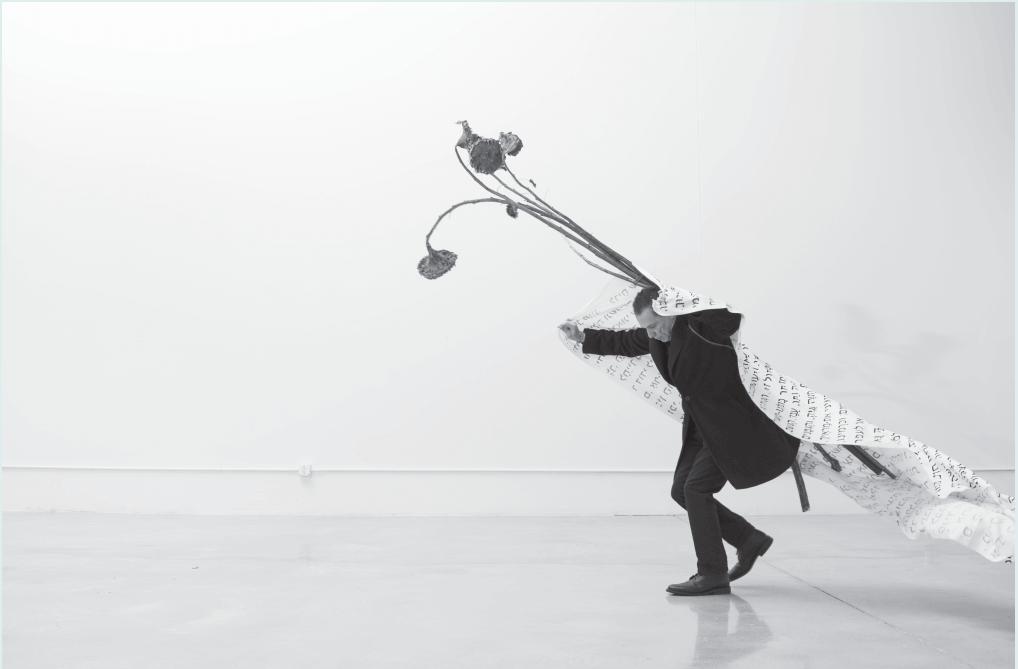 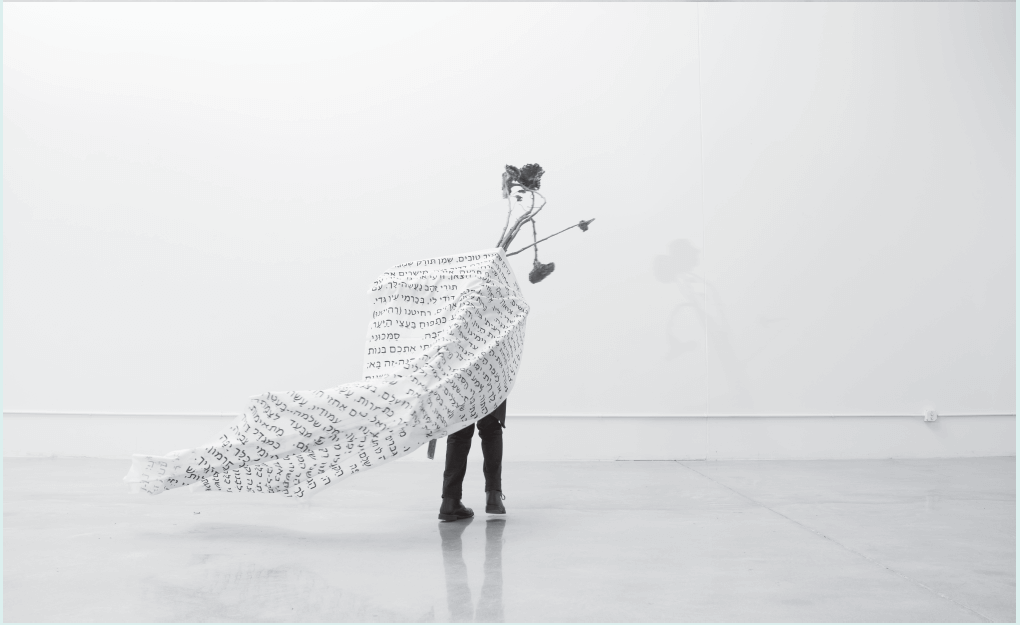 Imagine wandering in the desert for 40 years with little food or water. Imagine ethnic cleansing and Holocaust, imagine a biblical degree of suffering and the onerous confines of practiced faith itself. What sort of images might that conjure in the mind of a wanderer if one who asks the right questions?

The idea of epigenetic traumaii proposes that we carry the biological traces of our ancestors’ experience. Perhaps the transgenerational effect of such a condition is a rethinking of the world in a new and confusing visual culture, one that looks unfamiliar and even grotesque at times. Yet, we recognize something of ourselves in its aura.

Song of Songs is a rumination on our ability to recast narratives of faith into embodied performance. 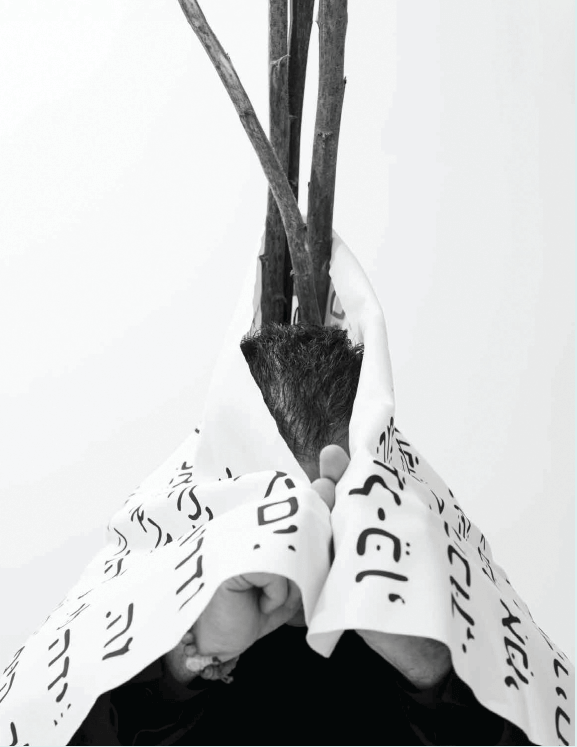 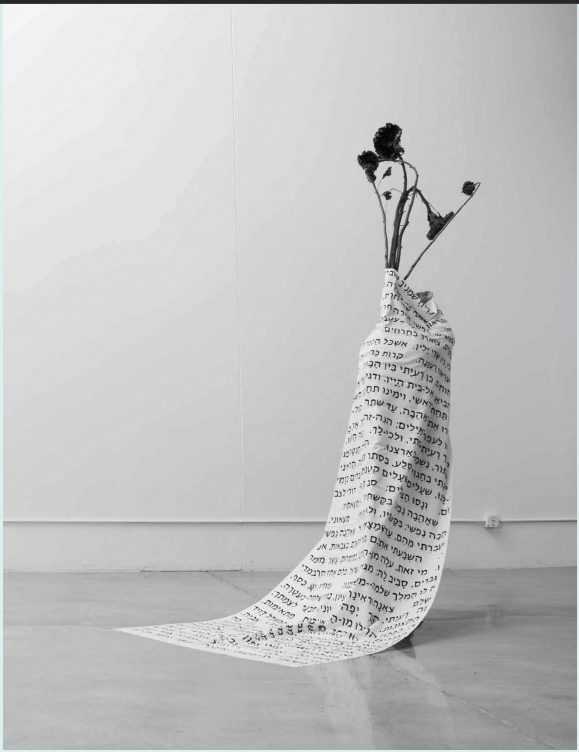 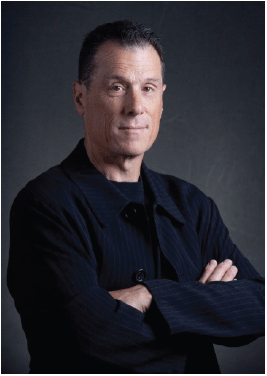 DOUGLAS ROSENBERG is professor of Video/ Performance/ Installation in the Art Department at the University of Wisconsin–Madison and an artist working with performance and photography.

iRosenberg, Harold, “Is There a Jewish Art,” first presented as a lecture at The Jewish Museum in New York and subsequently published in Commentary, 1966.