Is the Bible a Text of Justice?

In graduate school, I joined up with the student campaign for a living wage for our university’s lowest paid employees: those who cooked the food, and cleaned our classrooms and libraries, and tended the beautiful and historic grounds—and were grossly underpaid for their work. I blearily marked student essays before rushing off to another demonstration or antagonistic exchange with university administrators, and arrived at strategy meetings with an armful of books for my comprehensive exams in Judaism and philosophy. What we all lacked in sleep, we made up for with our zeal for wage justice.

The student campaign in question had been going on since the 70s. So exasperating was this exploitative history that we determined it was time for more dramatic political action. Months later, after a series of escalating demonstrations and communications with the administration, we announced that twelve students were on indefinite hunger strike. (By the time we called it off, two weeks later, another fourteen students had joined on). We were very well-organized: daily press releases and rallies, increasing media coverage, a series of speakers and events. I, who wasn’t even striking, lost five pounds in two weeks.

There is no denying the power, even for just a moment, of feeling that you are being held aloft by Isaiah’s words.

On the fourth or fifth day, at our daily morning rally, we invited a series of clergy in the city to speak. It was very cold and the students on hunger strike looked pale and exhausted. The last speaker, a Protestant minister, came up holding only a Bible, and began to read:

Is such the fast that I choose,
a day to humble oneself?
Is it to bow down the head like a bulrush
and to lie in sackcloth and ashes?

It was, of course, the famous words of Isaiah 58, and he read them slowly and with care. And I, a traditional Jew and a student of Judaism, steeped in texts and commandments, felt as though I had never heard them before. The ancient words seemed to hover in the cold, and I thought that across an infinite distance, Isaiah was speaking to these students on strike for a small bit of wage justice, and that he, and the God he served, understood what we were trying to do.

Is not this the fast that I choose:
to loose the bonds of injustice,
to undo the straps of the yoke,
to let the oppressed go free,
and to break every yoke?

There is no denying the power, even for just a moment, of feeling that you are being held aloft by words like these. There’s a reason why biblical passages like this are ubiquitous in contemporary Jewish social justice settings, alongside references to the liberation of the Israelites from Egypt, or the mitzvot regarding the treatment of workers. The assumption of my colleagues and students that my own political work is rooted in texts and traditions like these, is entirely reasonable.

But in fact, I’ve become a firm critic of “biblical justice” language, unwilling to appeal to the Bible in modern politics even as I became more deeply involved in political work. Frequently invited to speak to university or community groups on themes of religion and political justice, I have inadvertently derailed more than one panel discussion by critiquing the selective or decontextualized use of biblical verses in support of the politics and ethics I support, and declining to connect my strong political claims to anything Jewish. Even—or especially—before audiences eager to affirm a left-wing political appeal to classical Jewish texts, I now stubbornly refuse to refer to the Bible at all.

From one perspective, my individual motivations are not centrally important; politics is about building collective power, not curating a personal identity. But I do believe we ought to be far more skeptical of easy appeals to classical Jewish texts like the Bible. My chief critique is that the interpretive methods that make these appeals possible create—or require—intellectual inconsistency and dishonesty: strained attempts to “repair” a difficult text, or unpersuasive semantic gymnastics to explain why a certain passage is politically relevant while other, less edifying ones are not.

If we can’t be honest with ourselves and one another about the inconsistencies and infelicities in the Bible, will we necessarily “read” the world any better?

The transformation of biblical verses is, of course, constitutive of classical rabbinic literature. But the expectation that the Bible should support a given contemporary politics too often means that we spend little time considering the biblical text “on its own” at all. I am convinced of the tremendous value in simply striving to articulate what we see on the page, wholly distinct from its extrabiblical ethical or political value. This focus on the peshat, the plain sense, requires us to thoroughly dwell in the text in question, plumbing its details, subtleties, and literary features, and inviting it to surprise us. But for this to work, we must expect that we will discover things that definitely do not accord with our sense of justice or idea of what the text should say, or what we previously thought it said. The more slowly and carefully we read, the more we can be drawn into the verses and experience the distance between the world of the text and our own. The challenge of plain sense reading is in forcing us to sit with what we see instead of immediately moving beyond it in order to repair or justify or apply the words. It invites us to consider what the text means without immediately assuming it is— for better or worse—“about us.”

But I believe this too is of immense political value. Effective political organizing requires us to take a cold, clear-eyed look at the world around us, and begin to see just how deeply unjust it is. It asks us to recognize how embedded and intractable some problems are, and to recognize that there are few easy solutions. If we can’t be honest with ourselves and one another about the inconsistencies and infelicities in this foundational sacred text, will we necessarily “read” the world any better? The skills we build in careful, contextual reading and in long-term political organizing might be more similar than we imagine: both challenge us to move beyond facile conclusions to more difficult and honest conversations.

Seven years after the hunger strike, the university passed a new living wage ordinance, a small but meaningful win in an ongoing fight for labor justice. And when the haftarah is chanted in shul on Yom Kippur, and Isaiah’s words come to life again, I cannot help but hear the words the way I heard them the day of the rally, ringing out amid students in the cold. I know well why biblical invocations are so tempting in contemporary appeals for political justice. But thoughtful biblical interpretation and effective political justice both demand something other than momentary comfort or ideological affirmation. 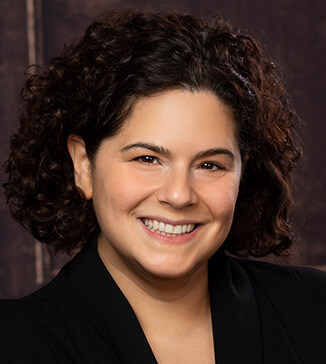 EMILY FILLER is assistant professor in the Study of Judaism at Washington and Lee University and the coeditor-in-chief of the Journal of Jewish Ethics.