Justice in Ukraine: Lessons from the Jewish Past

Russian war crimes and atrocities in Ukraine demand some type of justice. Humanitarian and legal experts have been collecting evidence since the day the war began, and several organizations, including the International Criminal Court, have opened formal investigations. At least three low-ranking Russian soldiers have already pled guilty to war crimes in Ukrainian courts and Ukrainian prosecutors have opened thousands of cases. As elusive as the pursuit of justice may be, though, we can look back at other attempts in Ukraine’s history to seek retribution, restitution, and rehabilitation for crimes committed on Ukrainian soil.

As elusive as the pursuit of justice may be, though, we can look back at other attempts in Ukraine’s history to seek retribution, restitution, and rehabilitation for crimes committed on Ukrainian soil.

Tragically, the Jewish population has often been the victim of these crimes.

There was little chance for Jews to obtain justice when the land was under tsarist rule between the eighteenth century and the Russian revolutions of 1917. During this period, crimes against Jews often took the form of pogroms, or anti-Jewish riots. Local Jewish activists, particularly those with legal training, carefully documented the crimes, going door to door to take witness testimonies and record damages, in the vain hope of obtaining justice. While the state authorities inevitably sided with the perpetrators, the documentary collections these trials and investigations produced helped convince foreign governments that the tsarist government was oppressing its Jewish subjects and, at times, encouraged those governments to welcome Jewish refugees and protest Russian governmental action against the Jews.

After the overthrow of the tsar, a new wave of pogroms swept the region, this time perpetrated on a far more massive scale—over one hundred thousand Jews would perish in the region between 1918 and 1921. Again, lawyer activists combed the towns in the immediate aftermath of the violence to document it for posterity, carefully taking thousands of testimonies and recording the damage.

But it wasn’t until the Bolsheviks and the Red Army took control that justice for the Jews began to prevail. It was, however, a strict justice—midas ha-din, as the Soviet Yiddish writer Dovid Bergelson titled his novel about that period. (This work was translated into English by Sasha Senderovich and Harriet Murav under the title Judgment.) The Bolsheviks established thousands of revolutionary tribunals in which those accused of perpetrating pogroms were hastily tried by field tribunals and often sentenced to death on the charges of “banditry” and “counterrevolutionary activity.” Since, in many cases, these tribunals were led by individuals with recognizably Jewish last names and swept up many low-level peasant offenders as well as insurgent ringleaders, they fostered new waves of interethnic resentment rather than reconciliation.

In addition, outside of the official legal system, vigilantes sometimes took justice into their own hands, executing those they believed to be responsible for anti-Jewish atrocities. The Yiddish writer Itsik Kipnis tells of the extrajudicial shooting of the perpetrators of the Slovechno pogrom in his chronicle, Months and Days: “In the middle of the day, three shots could be heard behind the town,” he wrote, “Marko killed the Jews and the Jews killed Marko.” Famously, in Paris, the Yiddish poet Sholem Schwarzbard assassinated Symon Petliura, the leader of the independent Ukrainian state who he believed was responsible for the worst of the pogroms.

Jews again sought justice after the Holocaust, during which about one and a half million Jews were murdered on Ukrainian soil. The Soviet government was surprisingly active in investigating Nazi crimes on Soviet soil. Between 1943 and 1945, “Extraordinary State Commissions on Reporting and Investigating the Atrocities of the German Fascist Occupants and Their Henchmen” were established throughout the Soviet Union. Made up of government officials, police, and ordinary citizens, these local commissions collected testimonies while they were still fresh in witnesses’ minds. In contrast to the perfunctory inquiries of the revolutionary tribunals, these investigations were thorough and comprehensive.

The reports they produced, however, eluded real justice for the Jews by eliding the distinct fate they suffered under the Nazis. As a result, Jewish victims were unable to obtain restitution or acknowledgment. For instance, in Berdychiv, the witness Mikhail Pekelis told the commission of several “mass murders of Jews” that took place under the Germans and provided specific dates and number of victims. Yet, when the Extraordinary Commission delivered its report, the victims were identified only as “peaceful Soviet citizens,” 38,536 of them, to be precise. The report also named seventeen German perpetrators, several of whom were subsequently prosecuted in Germany: in a 1966 trial, Fritz Sievert was acquitted for unclear reasons, and in a 1960 trial Fritz Knop was sentenced to seven years in prison (GARF 7021/66/285).

The pursuit of justice in Ukraine must be comprehensive, thorough, fair, open, and proportional.

But in Soviet Ukraine, an estimated 100,000 people were tried after the war as “homeland traitors and accomplices,” mostly in secret trials. In fact, it is likely that more Ukrainians than Germans were tried and convicted of war crimes, many of whom were low-level collaborators and many of whom were singled out for punishment for political reasons. Most received prison terms of ten to twenty-five years, although about 3 percent seem to have received death sentences and about the same number were acquitted. Material from these trials, which have only recently become available to scholars and many of which are now digitally available through the United States Holocaust Memorial Museum, include witness statements, interviews, and even forensic evidence obtained from the killing sites. They provide powerful evidence of a communal search for justice in the wake of the Holocaust, but also reveal the flaws of a criminal justice system subordinated to political expediency.

Today, prosecutors can learn from the mistakes of the past. The pursuit of justice in Ukraine must be comprehensive, thorough, fair, open, and proportional. Justice should not become an excuse to pursue political enemies or to reap a victor’s vengeance. We cannot allow an overzealous pursuit of justice in this conflict to fuel the flames of the next. On the other hand, neither those who masterminded the invasion from the safety of the Kremlin nor the foot soldiers who committed atrocities on Ukrainian soil should evade responsibility for their role in these crimes. 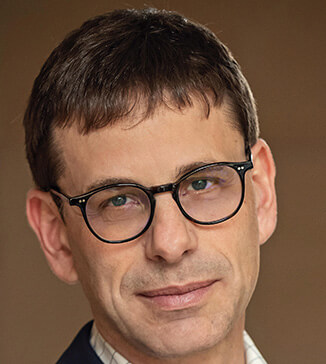 JEFFREY VEIDLINGER is Joseph Brodsky Collegiate Professor of History and Judaic Studies at the University of Michigan. He is the author, most recently, of In the Midst of Civilized Europe: The 1918-1921 Pogroms in Ukraine and the Onset of the Holocaust (Metropolitan Books, 2021).