More than War Songs: What Ukraine’s Poets Teach Us about Language and Community

In April 2022, the poet Iya Kiva sent me a poem about a humanitarian aid kit.

Iya wrote this poem a month into Russia’s full-scale invasion of Ukraine, and it captured something I had begun to feel while anxiously following the news about the place that had given me Nikolai Gogol, Lesya Ukrainka, Isaac Babel, and Sholem Aleichem, a place where I drafted my dissertation nearly two decades ago, a place where I became close to native speakers of Ukrainian, Russian, and Yiddish. Ukraine—not just poets, but the country—has been sending a humanitarian aid kit to the rest of the world in its impavid struggle to defend its democracy. In the spring of 2022, the rest of the world watched as Ukraine made clear what matters: the ability to choose one’s own leaders, to defend truth with a small “t,” a civic society that can accommodate multiple languages, histories, religions. As Ukraine’s volunteers defend the country against the largest army in Europe, its poets have articulated this in words. 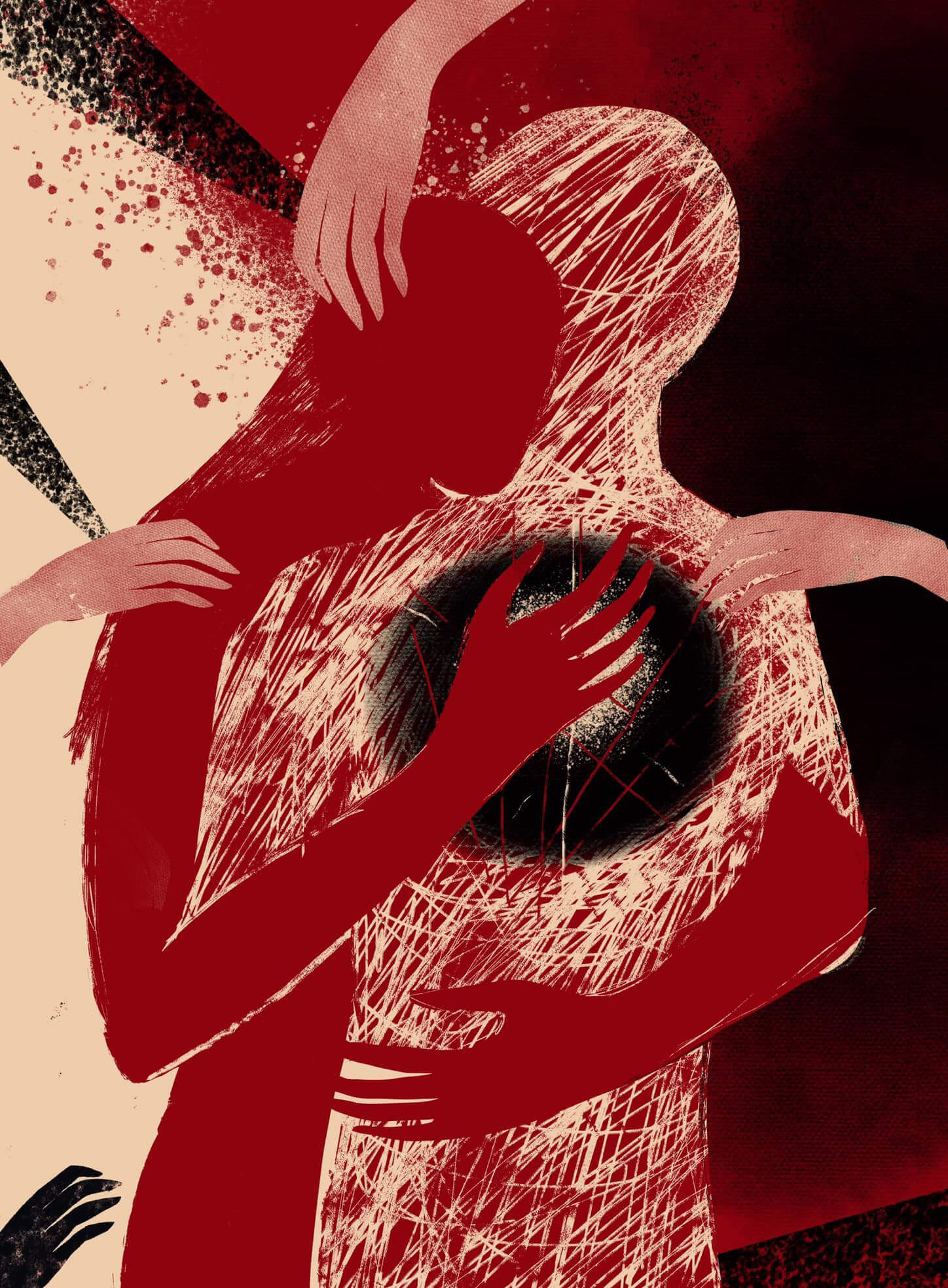 Poster art by Khrystyna Valko, 2022. Reproduced with permission from the artist.

I met Iya Kiva in a café at the center of Kyiv in September of 2019. The café was near Golden Gate—the remains of the medieval structure that once protected the capital of Kyivan Rus’. She had left her native Donetsk five years earlier when war broke out against Russian-backed separatists. My friend and colleague Yuliya Ilchuk and I had begun translating Ukrainian poetry together and invited several poets to meet us in this bright, multileveled locale that served everything from cappuccinos to cognac to vegetable smoothies. Iya slipped into the booth. She was tall and thin with light brown hair and wore a stylish oversized sweatshirt and an A-line skirt. She gifted us copies of her second book of poems, Persha storinka zimy (The first page of winter), which was her first in Ukrainian—she had previously written poems in her native Russian. Iya’s poems sometimes unfold in allegories. Layers of group tragedies that make up Ukraine’s history unfold like a map:

I live between Babyn Yar and the Syrets concentration camp
every day, returning home along this road of death
I wind up in prewar Berdichev

Iya had been exploring her eclectic Jewish, Russian, and Ukrainian ancestry. She had taken some Hebrew classes, she told me, and was interested in Yiddish. She has written about the historical accidents that led some of her ancestors to their death in Berdichev during World War II, and others to seek shelter in Donbas.

Gradually others arrived: Natalia Beltchenko, who had just won a major prize at the Lviv Book Forum, had shifted, like Iya, from writing in her native Russian to Ukrainian. Beltchenko posts photographs of birds and animals from the parks of Kyiv to social media alongside her many poems about the environment. She had visited Chernobyl, and wrote a cycle about that nuclear time capsule of nature and farmland sixty miles north of Kyiv.

in the village of Lubianka
the wooded Polesia
I scrambled through brambles
to the zone
through that creepy typeface
and there, filled to the brim
was the wind of before

Anton Polunin arrived, bearded and with rock-star eyeliner, and Slanislav Belsky, a Russian-language poet who translates from Ukrainian. The conversation meandered between Russian and Ukrainian; we spoke of Oleh Sentsov, the filmmaker from Crimea who was recently released from custody in a prisoner exchange with Russia, the ongoing war, and the way Russian and Ukrainian grammar accommodated nonbinary gender categories.

Collectively, since 2014, Ukraine’s poets have been describing an emerging identity that is distinct from both the rising tides of authoritarianism in its neighboring Russia and the polarizing nationalism of Eastern Europe in the 1990s. They are authors of what many have called Ukraine’s “civic turn”—a shift from an ethnically defined idea of nationhood toward one defined by citizenship.

I began to study Ukraine because of my study of Yiddish. Ukrainian and Yiddish literature have striking parallels, both because of their long coexistence as marginal imperial subjects, and also because Ukraine, like the proverbial Yiddishland, has been mapped by poets more than military borders. “When I die, let me rest / Buried in a grave,” wrote the Romantic bard, Taras Shevchenko, in 1845, “On the wide steppe / In my dear Ukraine.” When Ukrainian-language literature was outlawed in the nineteenth-century tsarist empire, writers published in the Habsburg lands and smuggled their work East. The February 2022 invasion came at a time when Ukraine was at last experiencing the meaning of sovereignty.

Not long after my coffee date in Kyiv I found myself sipping tea with the poets Boris and Ludmila Khersonsky in Odessa. “We’ve been at war for five years,” Ludmila said, “and yet we’ve experienced freedom like never before.” Since 2014, Ukraine has also experienced a poetic explosion. Online journals and poetry festivals have multiplied. Ukrainian poets have used social media to extend these forums. A week after the recent invasion, Kateryna Kalytko posted a poem to Facebook that reasserted the power of language:

On the seventh day of observing uninterrupted
the destructive power of weapons
I began to marvel at our language again.

The following day, Stanislav Belsky posted his Russian translation, defying the Kremlin’s claim that Russian speakers in Ukraine must be rescued from Ukrainian nationalists. Through their words, Kalytko, Belsky, and their colleagues have sought to revisit the meaning of their nation’s identity, history, and language. The poet Ostap Slyvynsky has begun compiling a series of overheard phrases that define the new uses of ordinary terms like “shower” and “plum” and posting them to social media under #DictionaryOfWar. “I do not recommend taking a shower during heavy shelling,” begins one post, narrated by Alexander of Bucha.

The poets of contemporary Ukraine are at the current front line of a struggle between Russia’s ideology of strength and the emerging possibility, in their young state, of a civic-based democracy. Collectively, they have taught me, a professor of comparative literature at a California university, a new reason to value literature in an age of global communication. Amid relentless air raids, amid horrific assaults in Mariupol, Bucha, and Irpin, Ukrainian poets have packed their own humanitarian aid kits made up of language—the ultimate vessel of hope. They have sent this, not only to one another, but to the readers beyond their borders. 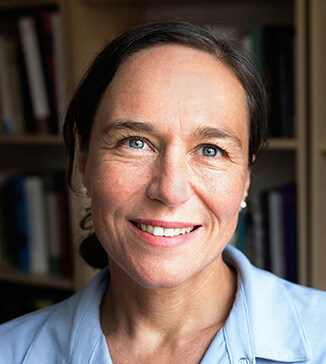 AMELIA M. GLASER is professor of Literature and Chair in Judaic Studies at the University of California – San Diego. She is the author of Jews and Ukrainians in Russia’s Literary Borderlands (Northwestern University Press, 2012) and Songs in Dark Times: Yiddish Poetry of Struggle from Scottsboro to Palestine (Harvard University Press, 2020). She is currently writing a book, provisionally titled Nation of Poets, about contemporary poetry in Ukraine.

Notes: A version of this article appeared in German in Geschichte der Gegenwart. All poems cited here were cotranslated by the author and Dr. Yuliya Ilchuk.