On June 13, 2018, the Orthodox Union celebrated then–Attorney General Jeff Sessions and handed him a plaque emblazoned with the verse, “Justice, Justice, shall you pursue,” one of the Torah’s most famous admonitions. They snapped a photo of their warm embrace and posted it on social media. This act came days after news of Sessions’s famous “family separation” policy that deliberately ripped children— including babies—from families of immigrants in a draconian policy openly designed to scare refugees from trying to cross the border. 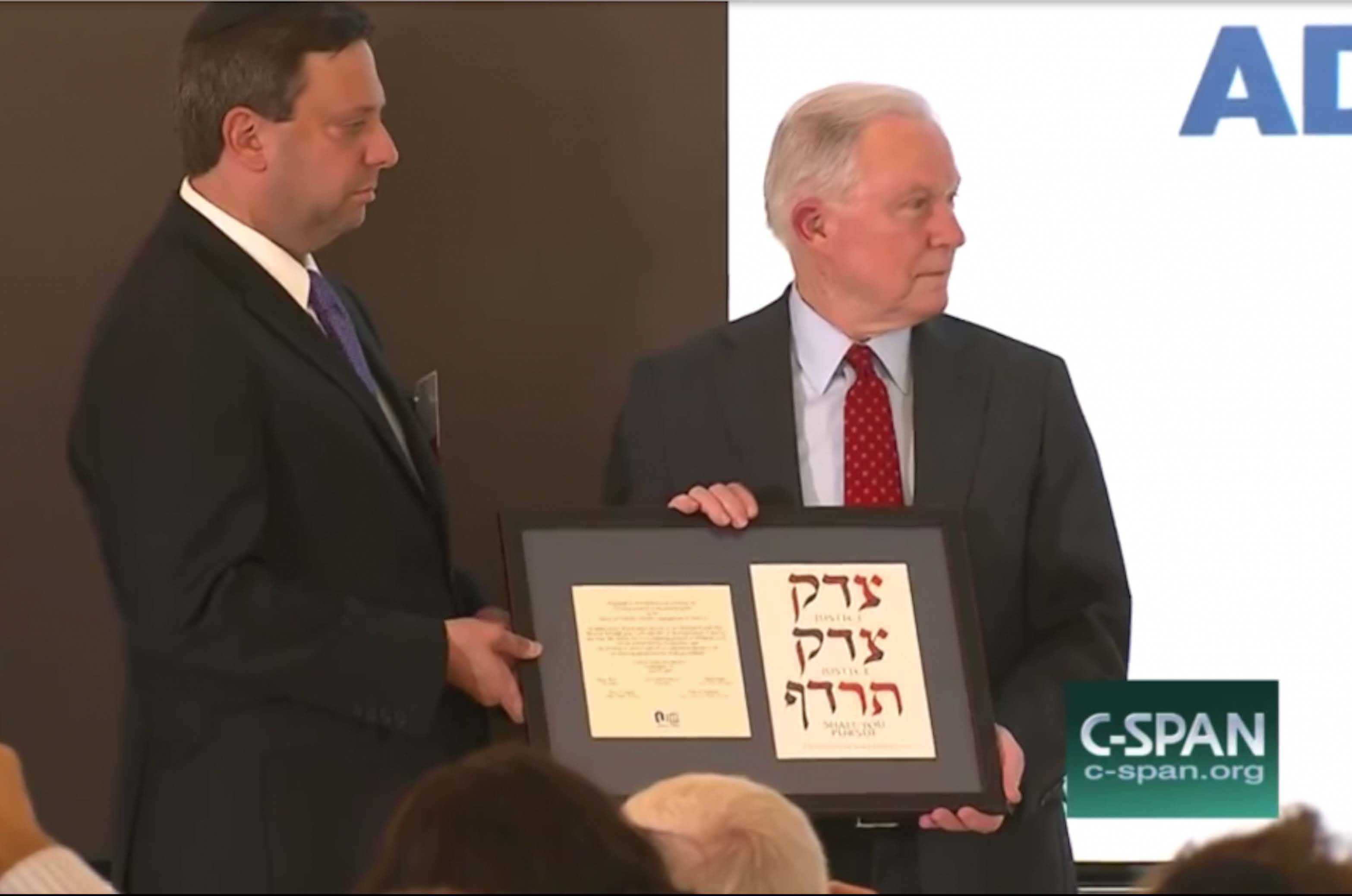 This moment was perhaps the climax of Orthodoxy’s turn toward new values during the Trump era. It is a community—like white evangelicals—that has long claimed “religious values” as a centerpiece of their political worldview. Yet, when offered a candidate (Trump) who seemingly represented the opposite of every one of their values—family, faith, character, personal decency, care for the indigent and distressed—most rushed to his side. Moreover, throughout his term, Orthodox organizations repeatedly celebrated his administration and only very rarely pushed back against its cruelty and racism.

Perhaps this reflects self-serving political calculus, an abandonment of moral values to defend Orthodox (and right-wing Israeli) interests. Yet even now—almost two years past Trump’s electoral defeat and continued revelations of his perfidy—there has been no mass disavowal of that infatuation. On the contrary, the Orthodox vote for him in 2020 rose precipitously, the Orthodox press to this day remains supportive of his party, and recent wins from the Supreme Court Trump and Mitch McConnell constructed are widely celebrated.

To a certain extent, this reflects an inward turn of Orthodox interests. For example, Orthodox groups have long pushed for public funding of Jewish schools— regardless of its impact on the public school system— and so naturally celebrate the Supreme Court’s recent moves in that direction. Equally, as a recent New York Times exposé demonstrated, Orthodox Jews in New York work their political contacts assiduously to maximize public support for their heders and yeshivas.i

That said, even Orthodoxy’s defense of “religious liberty” betrays its orientation against social justice. For example, in 2014 the Orthodox Union “applauded” the Supreme Court’s ruling in favor of Hobby Lobby that allowed the company’s owners to disregard the Obamacare mandate to provide women’s health services (including birth control) that they claimed violated their religious beliefs. However, in a country in which most women receive healthcare through their employers, this was in fact not a celebration of “religious liberty” generically but rather a celebration of the “rights” of employers over those of their employees, including Orthodox employees.

Similarly, the recent decision overturning Roe v. Wade was either celebrated or greeted neutrally by Orthodox organizations, a troubling decision considering that 2014 position. Some Orthodox leaders—Avi Shafran (spokesman for Agudath Israel of America) and J. David Bleich (a rabbi long affiliated with Yeshiva University) come to mind—admitted the danger of absolute bans on abortion in some states but said they were not worried because Orthodox women (their own constituents) will “surely” have access to Jewish charity to reach other states if they require a rabbinically approved abortion. Other women were not their concern.ii

There seems to be widespread consensus, both within and outside of Orthodoxy, that the popularity of the phrase tikkun ʿolam by non-Orthodox Jews has led to its dismissal—and the dismissal of the value of social justice more broadly—by most Orthodox Jews, despite its central importance in any reasonable definition of Judaism. Famously, for example, the admonition to protect strangers and the defenseless among us is the most repeated commandment of the Pentateuch. Less famously, rabbinic texts—based in part on Isaiah 1 and Ezekiel 16:49—explained that the sin of Sodom that led to its destruction was cruelty to the poor despite material bounty.

Ultimately, Orthodoxy’s claim … to represent a superior morality to teach the world is undermined by its actual behavior at this critical moment in history.

These traditions influenced some non-Orthodox leaders against Trump’s tax law, for example. Orthodoxy, however, for a variety of reasons (right-wing support for West Bank settlements, the impact of talk radio, predisposition against LGBTQ rights and feminism, support for private school vouchers, and others), has moved away from this value in favor of an ethnonationalist worldview committed to the political Right in its entirety. This meant support for the arguably “Sodomite” tax law and opposition to legislation that seeks social or racial justice.

There are exceptions—Moshe Lichtenstein is perhaps the most prestigious example—who push back against this trend. The progressive Orthodox rabbinic group Torat Chayim has likewise stood up consistently for social justice in its statements and programs, though not incidentally, it has been accused of standing outside Orthodoxy by many voices to its right.

None of this is new. One of the most cited exceptions pushing tikkun ʿolam among Orthodox voices is Jonathan Sacks’s 1997 speech to the Orthodox Union. Sacks acknowledged the Orthodox bias against tikkun ʿolam but argued that Orthodox Jews must overcome it and engage in efforts to help the outside world. What he meant by that, however, was not advocating for policies like environmental protection, better worker conditions, or improved health care. Instead, he argued that to improve the outside world Orthodox Jews must share their superior morality—especially superior family values—and live as proud, Orthodox Jews!

“Our task is to become a particular living example of a set of universal truths, and therefore the conflict between the universal and the particular in Judaism is not a conflict at all because it is only by being Orthodox Jews that we are able to mitaken ha-ʿolam—it is only by being true to ourselves that we can be true to other people. … That is why tikkun ʿolam in my view is the special responsibility of we [Orthodox] who are the guardians of Torah.”

This perspective was shared by most of the essays in Yeshiva University’s 1997 Orthodox Forum volume focused on tikkun ʿolam.iii Most essays focused not on material conditions but rather on the outside world’s allegedly broken moral conditions, and whether and how Orthodox Jews should engage in influencing broader society in this way. Overwhelmingly, they focused on sex, gender, and abortion—they were especially concerned about the acceptance of homosexuality—but also discussed the promotion of religion in the public sphere, especially for their own personal benefit. One essay even argued that “Modern Orthodoxy” could only pursue tikkun ʿolam on issues on which it had consensus, which for the author (Jeffrey Ballabon) meant supporting Israel and advancing Orthodox Jewry’s particular interests, including “pork” (i.e., discretionary spending to grease constituents).

There is a lot of beauty in rituals and texts that shape Orthodox Judaism. This is why I remain committed to living an Orthodox life. Unfortunately, its smug confidence in Orthodox superiority—the cornerstone of Orthodox identity since its inception in Germany—is challenged by its myopic interest in some Jewish values over others. Ultimately, Orthodoxy’s claim—like that of the white evangelicals to whom they have drawn so close in recent years—to represent a superior morality to teach the world is undermined by its actual behavior at this critical moment in history. 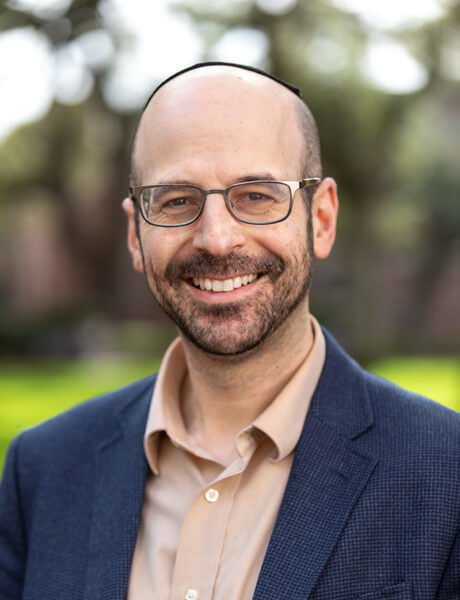 JOSHUA SHANES is professor of Jewish Studies at the College of Charleston. He is currently completing a history of Orthodoxy from its German origins to today.

i Nathaniel Deutsch and Michael Casper, A Fortress in Brooklyn: Race, Real Estate, and the Making of Hasidic Williamsburg (Yale University Press, 2021).

ii Bleich writes that only women with signed permission from an Orthodox rabbi should be helped. https://torahmusings.com/2022/05/why-reversal-of-roe-v-wade-is-welcome.