Justice in Judgment: A Comparative Study of Mediaeval Adjudication between Judaism and Islam

Treatises on the role of the judge in the early Middle Ages form a jurisprudential genre well known in Islamic law, the Adab al-Qāḍī, or “Judges’ Duties.” These treatises touch on everything from correct judicial procedure to the character of the true judge as a transcendental but earthly reflection of the ideal godly justice. Within the framework of “Judges’ Duties” texts, the judge is not merely fulfilling a judicial function as a bureaucrat of the political administration of justice but rather playing an active moral-theological role as a social leader who is ethically involved in the distress of the people, a quasi-healer of the pain of litigants and societal trustee who cares for vulnerable inhabitants, such as orphans and widows.

This genre also resonates with modern legal discourse on the propriety of the judicial process. Within these treatises, while fairness and correctness of legal procedure are needed for a right result, they are not an end in themselves. Rather, procedural rules are essential elements in imparting a deep sense of justice to the entirety of the legal process. This sense of justice may be manifest in the litigants’ and other trial participants’ emotions; it may also provide a standard for the law as a complete and all-embracing system.

This genre ... and Jewish law as a whole, should be studied in an intracontextualized, interreligious, and dialogical manner, as a shared legal culture.

Until recently, this genre has not been well attested among Jewish writings. Remnants of this jurisprudential genre have survived in Judeo-Arabic; for example, Kitāb lawāzim al-ḥukkām by Samuel ben Ḥofni haKohen Gaon (Sura, d. 1013). It can also be found among Karaite writings, such as, the Sefer dinin of Benjamin b. Moses Nahāwandī (Persia, ninth century) and Samuel b. Moses al-Maghribī (ha-Maʿaravi, 15th century). His Sefer miẓvot includes a special entry for the leaders, among them the judges as the heads who are trusted for pursuing justice according to Written Torah.

The most well-known, but lost, Jewish work of this genre was the Kitāb adab al-qāḍā (Book of judges’ duties) by Rav Hai Gaon (Pumbedita, 939–1038). Despite indirect and dubious medieval citations, no text could previously be identified as belonging to the original book. With assistance of philological tools and modern digital devices, I was able to create an infrastructure for this lost book, and I reconstructed the full work based on fragments pieced together from the Cairo Geniza. Partial colophons from several copies, text parallels between the late medieval translated citations and their original source (!) written in Judeo-Arabic, as well as contextual proximity to known works of the Adab al-Qāḍī genre in Islam helped reconstruct the base of this treatise.

In the thematic center of this reconstructed work, as in the other works of this genre, stands the idealized model of adjudication and the ethical-judicial independent discretion (namely ijtihād) that the judge should apply in his duty. Therefore, as a foundation for “The Etiquette of Judgeship” (Adab al-Qāḍī) stands the concept of divine justice in a human court. One of the reconstructed texts toward the end of Hai Gaon’s book expresses the following personal demand:

“We have already mentioned that a judge is not [only] appointed to pronounce a verdict between people and to instruct them on their judicial obligations; rather, these [his duties which have just been mentioned] are judicial characteristics of a mufti (!), and the one who is authorized to judge is the one who is not only informed about the judicial duties but rather masters them perfectly. However, regarding adjudication, it is most appropriate that the qāḍī [magistrate] would be a perfect judge.”

This short text expresses a broader attitude toward the judge and his judicial character. The text here relates to the judicial character a holistic mindfulness, which is discussed further in this far-reaching genre, in both Islamic as well as Syro-Christian traditions. This attitude required of the judge creates a parallel between the human and the heavenly court. As such, the judge should try to realize on earth the characteristics of the heavenly adjudicator. In other geonic texts, following rabbinic traditions (see, e.g., B. Moʿed Katan 17a), the judge (or the learned consultant) is envisaged as an angel whose mouth teaches Torah to the eager learner.

The “Judge’s Duties” genre is also well represented in special treatises, incorporated as a subgenre of the Islamic principles of jurisprudence (uṣūl al-fiqh). However, these texts appear in surprising contexts. One example of such treatises may be found in the chapter on the Good Manners of Judges (Faṣl fī ādāb al-dayyanin) from Hygiene of the Souls (Tibb al-nufūs). The compiler of this chapter was a Jewish sage of the Spanish diaspora who immigrated to the Jewish settlement between Algeria and Tunisia, named Rabbi Joseph b. Yehuda Ibn Aknin Albarceloni. He presumably chose to integrate this chapter as an educational guide for a confused nation in the generation of expulsion and religious persecution. Its aim is similar to the prophets of the Hebrew Bible, encouraging the generation to act in justice; in repairing justice (tikkun ha-mishpat) one could expect the healing of displacement and estrangement and the repair of the entire world (tikkun ʿolam).

This study of the reconstructed text in Judeo-Arabic sheds new light on an entire established genre. Correspondingly, the genre helps us understand the importance of what has been newly discovered (on the Jewish side). From now on this genre, particularly, and Jewish law as a whole, should be studied in an intracontextualized, interreligious, and dialogical manner, as a shared legal culture. Treatises on the role of the judge in the early Middle Ages form a jurisprudential genre well known in Islamic law, the Adab al-Qāḍī, or “Judges’ Duties.” 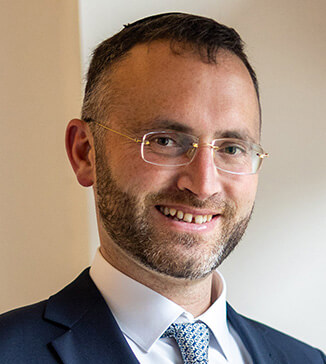 NERI Y. ARIEL is postdoctoral research fellow and lecturer at Ben-Gurion University of the Negev and Bar-Ilan University in Israel and at the Austrian Academy of Sciences and the Institute for Jewish History in Austria, as well as liaison lecturer at Ernst Ludwig Ehrlich Studienwerk and the Federal Ministry of Education and Research in Germany. Ariel’s PhD research focused on his discovery of a hitherto unknown genre within Judeo-Arabic literature named Adab al-Qādi (“etiquette of judgeship,” earlier known by its Hebrew name חובות הדיינין).