Justice versus Revenge, or Justice as Revenge? A Case Study of Holocaust Testimony

Moshe Rutschaisky was twenty years old when he was liberated in Bad Tölz; miraculously he had survived liquidation of the Kovno Ghetto, deportation to Dachau, and a death march. After liberation, he remained “stuck” in postwar occupied Germany, ill and a displaced person (DP). By sheer luck, US occupation authorities arrived at Saint Ottilien Jewish DP Hospital, where Moshe was being treated, to interview potential witnesses for the impending military tribunals at Dachau. He recalled, “They ask voluntarily, who wants to come for an interview to be a witness in Dachau?”i Moshe seized the moment. “I said, I was in Dachau. I want to—I would like to be interviewed. It would be my biggest pleasure.” For Moshe, bearing witness to the Germans’ crimes as part of a traditional legal process with the express purpose of serving justice was symbolic revenge. “I hate to say that word, ‘revenge.’ But I must say that would be the best thing in my life if I can meet eye-on-eye with the commandant from Dachau.”

I hate to say that word, “revenge.” But I must say that would be the best thing in my life if I can meet eyeon- eye with the commandant from Dachau.

I have uncovered references to symbolic revenge in several dozen testimonies. Moshe’s narrative is particularly interesting, however, for its expression of a variety of nontraditional concepts of revenge. Notably, many were tied to his active role in the traditional legal process. Moshe’s testimony serves as a case study to dissect the artificial dichotomy between justice and revenge that is often an unquestioned assumption in justice-related discourse. Traditionally, society has viewed revenge and justice in juxtaposition to one another: the desirable “moral” vindication of legal “justice” is typically cast as superior to the “shameful” and “dangerous” turn toward “revenge.” For victims like Moshe, however, the boundary is porous, and often the two concepts are one and the same.

The act of testifying provided Moshe with the satisfaction of revenge, as did the procedural aspects of the trial itself. When Moshe took the stand against Dachau Commandant Johann Kirsch, who committed violence against Moshe and countless others, and brutally murdered Moshe’s fellow inmates while he stood witness, Kirsch was required to acknowledge Moshe. And again, when it came time for Moshe to identify him in the courtroom, Moshe recalled that Kirsch’s required recognition of him “was, for me, [one of] the biggest things in my life, that that murderer [had to do this].”

Moshe’s role as a witness in the Dachau Main Trials afforded him opportunities for symbolic revenge beyond the courtroom. He recounted a time when an American colonel involved with the trials asked him if he could wake him up in the middle of the night, as the colonel wanted to show him something that would make him very happy. Moshe agreed, and one night the colonel escorted him to a room holding all forty defendants. The room had a one-way window; Moshe could see and hear everything that was happening inside, but the defendants could not see him. “All the 40 criminals were fighting with each other, not in physically fight, but [by] mouth, cursing each other. ‘But you were the main chief! You told me to do that! So I did it!’ And [one] was saying, ‘You were higher than me! I didn’t want to do it. You forced me to do!’ And I heard terrible things, you know, between the 40 criminals who were big shots before, that to kill a man, a human being for them is like stepping on a—on an ant. And then I see them all of a sudden like babies because they were fighting.” Watching the defendants squabbling and blaming one another, Moshe “was in heaven.” Remembering all those who had been murdered, and their wishes to see the perpetrators pay for their deeds, he felt that he was witnessing their desire materializing. “It was morally, for me, such an accomplishment and such a—I must say again that bad word, ‘revenge.’”

Opportunities arose, too, in the mundane activities of day-to-day life where the witnesses and military authorities were quartered during the trials. Moshe stayed onsite in Dachau in a private room that was guarded day and night by a Military Police officer. Moshe recalled that sometimes the MP would bring SS men, those who guarded the fences during his imprisonment, to clean his room. “The satisfaction was big.” Seeing his former guards forced to clean up his messes gave him a sense of revenge greater than any opportunity to commit violence against them. During these cleaning sessions, Moshe remembered, the MP occasionally threw a cigarette on the floor and demanded that the former guard pick it up. The MP then winked at Moshe, signaling to him that it would be a good time to kick the man. But Moshe had little interest in this. He mused, “Moses the killer, me? [Laughs] It’s not in my blood.”

Analysis of testimonies such as Moshe’s offer an opportunity to identify ways in which those involved in the transitional justice process can maximize possibilities for survivors of mass violence to satisfy their justice needs. Very few Jewish survivors were permitted to take the witness stand at the International Military Tribunal at Nuremberg, yet, as Moshe’s testimony demonstrates, for the well over one hundred survivors who testified at the Dachau Main Trials this opportunity afforded chances, both traditional and unexpected, to feel a sense of justice served. Just as importantly, his testimony reveals how the socially constructed dichotomy imposed upon the concepts of justice and revenge works to further silence survivors who struggled from the outset to make their voices heard. To them, revenge did not necessarily mean violence. Yet the stigma attached to “revenge” continues to haunt survivors and color their testimonies. Moshe Rutschaisky repeatedly reminds us of this fact when he says “I hate to say that word, revenge.” But it is precisely his account that prompts us to question common assumptions about what revenge entails, and push back against rhetoric casting revenge and justice as opposite phenomena. 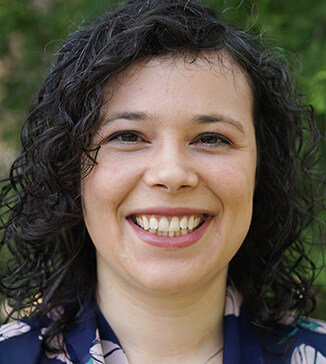 ALEXANDRA M. KRAMEN is PhD candidate in History at the Strassler Center for Holocaust and Genocide Studies at Clark University. She is currently working on her dissertation, which explores how survivors living in Föhrenwald, the longest-running Jewish displaced persons (DP) camp in postwar Germany, conceived of and acted upon justice for the Holocaust.