Responding to Dobbs: The Price of Jewish Religious Freedom

A common Jewish response to Dobbs v. Jackson, the Supreme Court decision overturning Roe v. Wade, has been the claim that abortion bans violate the religious freedom of Jews, whose religion sometimes mandates abortion. What makes this claim so alluring is that in recent years, the same Supreme Court that upheld abortion bans has been overwhelmingly sympathetic to religious freedom claims, leaning on the 1993 Religious Freedom Restoration Act (RFRA) that allows religious exemptions from generally applicable laws. The group that has benefited most from this has been the Christian Right; the same group for whom the annulment of Roe v. Wade was a momentous victory. On religious-freedom grounds, private corporations have been exempted from providing contraceptive coverage to employees, a baker received an exemption from discrimination laws allowing him to refuse to serve wedding cakes to same-sex couples, and the Supreme Court ruled in favor of a Catholic adoption agency that refused to serve same-sex couples. Considering the sensitivity to religion in today’s legal climate, Jews may in fact be able to rely on religious freedom to receive exemptions from state abortion bans. For Jews wanting to preserve the availability of legal abortions, tapping into the sensitivities of the Christian Right may seem a more promising strategy than promoting liberal ideals. 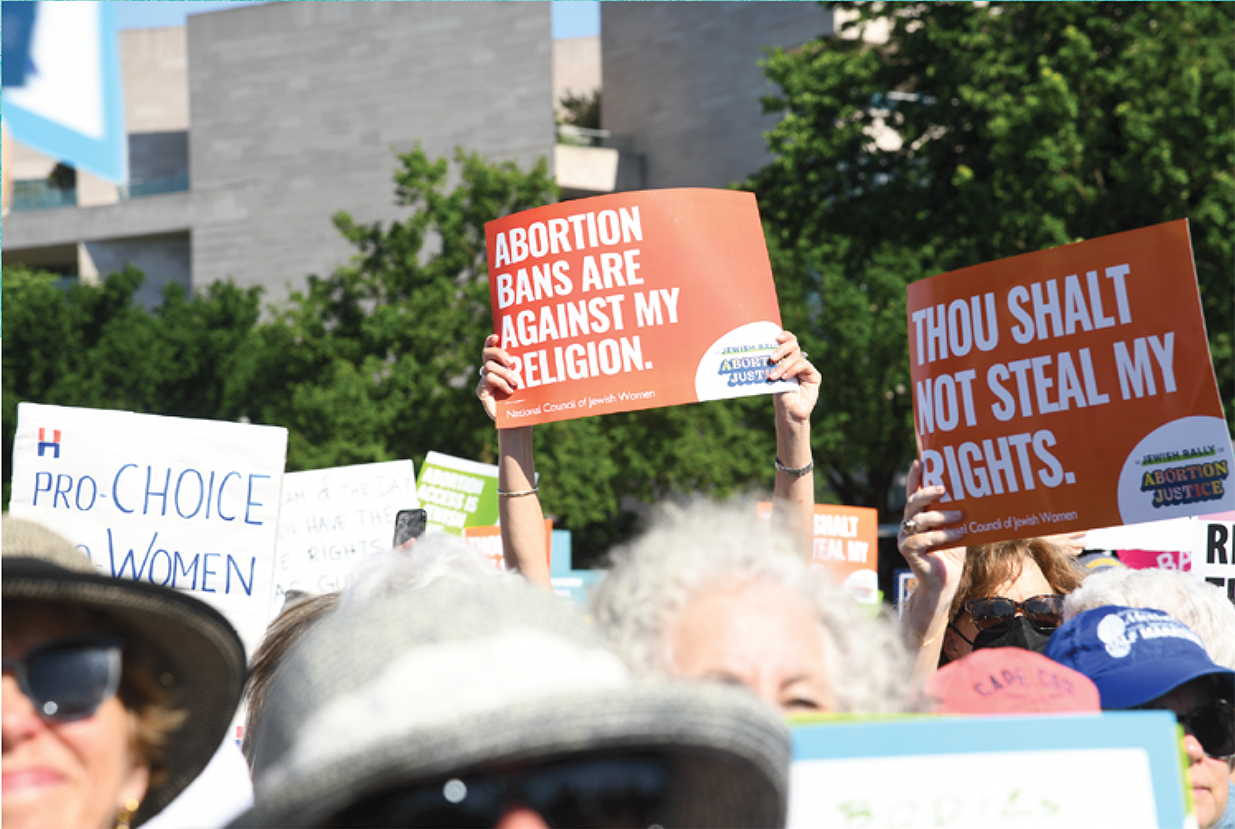 Jewish Rally for Abortion Justice, National Mall, May 2022. Photo by Gili Getz, via the National Council of Jewish Women.

But is claiming religious freedom the best way for Jews to respond to this recent Supreme Court decision? Certainly, individual women in need of an abortion, Jewish or otherwise, should pursue whatever strategies necessary to obtain safe access to essential medical procedures. For some, this may very well include the legal strategy of claiming exception from abortion bans on the basis of religious freedom. On a communal level, however, Jewish groups who oppose the Dobbs decision should pause before making religious freedom claims into a leading normative position. That is because such a position, despite its potential tactical value in the short term, comes with costs that deserve serious consideration.

While “religious freedom” means and has meant different things in different contexts, it has come to mean something quite specific in US law since the RFRA: freedom to live according to one’s sincerely held religious beliefs despite laws that would otherwise burden religion. This is the religious freedom that Jews seek in petitions such as that filed in Florida, which asks for religious exemption from abortion bans. Prior to the legislation of the RFRA, the Supreme Court ruled in Division v. Smith that there were no grounds for religious exemption from neutral, generally applicable laws, and hence the use of sacramental peyote use by Indigenous people carried the same legal consequences as any illicit drug use. The RFRA passed with overwhelming bipartisan support to provide a framework for courts to grant religious exemptions. Liberals appreciated the protection the RFRA offered minorities, while conservatives appreciated the protection it offered Christians and their allies in an increasingly secular society. In recent years, however, it is Christians who have enjoyed the greatest success in using the RFRA to advance religious freedom claims by portraying Christianity as vulnerable to liberal agendas. Indeed, the RFRA discourse consistently understands religion through a Protestant Christian lens, as a matter of individual belief, rather than community oriented or practice based. Non-Christians who have availed themselves of RFRA exemptions in the courts— such as Jews seeking kosher food in jail, Muslims seeking dress-code exemptions for beards, and Sikhs seeking exemptions to carry a kirpan—must concede these terms.

To be sure, there are compelling normative reasons to pursue religious freedom claims against abortion bans. Such claims, for example, disrupt the widespread presumption that religion necessarily supports conservative positions. Yet Jewish religious freedom claims against abortion bans—even if they were to succeed—come at a cost. Because the RFRA provides religionists relief from neutral generally applicable laws that interfere with religion, a win for the Jews on RFRA premises will implicitly endorse the position that abortion bans are, otherwise, neutral and generally applicable. While abortion bans are not framed in religious terms, they are undeniably motivated by Christian understandings of human life beginning at conception, and are openly championed as a triumph for Christianity in the public sphere. Paradoxically, therefore, Jewish religious freedom claims, if successful, could result in an affirmation of Christian hegemony under the guise of neutrality. This would be an enormous victory for the Christian Right that will have found itself powerful enough to shape its religious position into “neutral” law, while simultaneously reinforcing the apparatus that allows it to demand protections from liberal laws.

Jewish religious freedom claims, if successful, could result in an affirmation of Christian hegemony under the guise of neutrality.

This outcome would have a detrimental effect on both American political discourse, and on the Jewish community. Since the RFRA, religious freedom has rested on the assumption that powerful hegemonic groups govern the public sphere, so weaker parties must find relief in exemption. Christian conservatives have long claimed liberalism to be the most powerful hegemony. Now, Jews and others claiming religious exemption from abortion bans implicitly claim that conservative Christianity is taking up that mantle. This approach incentivizes those who dislike the direction of American law and politics to withdraw from the public conversation, to define themselves as the exception. To be sure, this is often a necessary legal strategy in individual cases, but it is not a healthy direction for American democracy. Thinkers such as the seventeenth-century Protestant founder of Rhode Island, Roger Williams, drew on his Christian convictions and evangelical concerns to advocate for a wall of separation between church and state precisely so that the public sphere could become an agonistic space where different positions are argued freely without civil gain or penalty. What we need now, more than ever, is a recommitment of religionists and secularists alike to this idea of the public as an inclusive space, to develop political strategies of coalition building and organizing, or productively—even if fiercely—disagreeing. In other words, we need stronger incentives for public engagement, not withdrawal or exceptionalism.

Unreflectively giving primacy to religious freedom claims as a normative position of Jewish communities also comes at a price to Jews themselves. In the recent impassioned debates among Jews on whether or not they require religious exemption from abortion bans, Jews have frequently adopted the language cultivated by Christian conservatives on the one hand, and liberal jurisprudence on the other. Even as they engage their own tradition, they are ceding the distinctive legal and moral framings that it provides. Of course, Jewish thought has never been hermetically sealed; Jews have always engaged in mutual interaction with the thought and practices of other groups. Nonetheless, there are rich and varied Jewish cultural, legal, and moral traditions, continually evolving in the many diverse Jewish communities, on questions related to abortion that are not reflected in the larger American conversation. Ceding the terms of that conversation by making RFRA considerations the focus of Jewish thought on abortion would divest Jews of such practical and theoretical wisdom. Conversely, introducing Jewish terms into the public conversation would allow Jews to bring a distinct perspective to the public debate and strengthen the fraying fabric of American political life. It would also present American society with a new lens through which to look at a fraught topic, perhaps opening small gaps in long-hardened and uncompromising positions. There are certainly pragmatic reasons for Jews to engage American law on RFRA terms, particularly when it comes to matters of such urgency as abortion. However, for the sake of the long-term vitality of both American society and the Jewish communities within it, those should not be the only terms of the conversation. Jews should also hang on to their own. 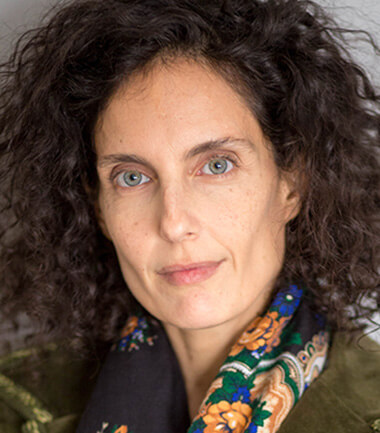 MEIRAV JONES is assistant professor of Religious Studies at McMaster University and cochair of the Modern Jewish Politics Division at the AJS. 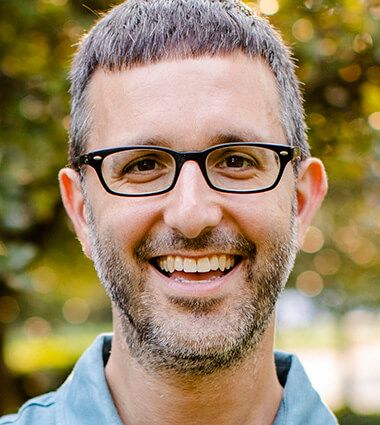 ISAAC WEINER is associate professor of Comparative Studies and Director of the Center for the Study of Religion at The Ohio State University. 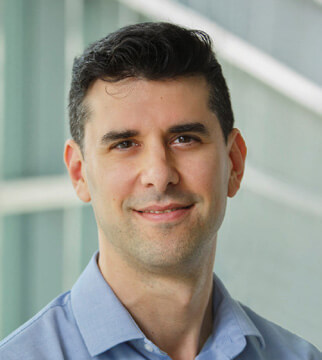 ALEXANDER KAYE is Karl, Harry, and Helen Stoll Chair of Israel Studies and associate professor in the Department of Near Eastern and Judaic Studies at Brandeis University

Jones and Kaye are also fellows of the Kogod Research Center at the Shalom Hartman Institute of North America.