The Jewish Art Salon, founded thirteen years ago and with a home base in New York, is the largest Jewish visual arts organization in the world. Primarily artist-run and numbering 450 members, it is responsible for creating over forty exhibitions in the United States, Europe, and Israel, as well as numerous professional and educational opportunities worldwide. These events explore contemporary Jewish themes related to current issues, reflecting popular interests and broader societal memes.

The Salon believes that contemporary Jewish visual culture is essential to modern Jewish life. Indeed, the visual arts communicate and explore our Jewish history, faith, and practice in a totally unique manner. In light of the fact that Jews have a very ancient and rich visual culture, largely unknown, today’s Jewish artists deeply believe that the contribution we make with our artworks enrich and transform Jewish lives today.

The visual arts communicate and explore our Jewish history, faith, and practice in a totally unique manner.

As the founder of the Jewish Art Salon, my original intention was to provide a local New York City community for artists to meet and discuss their work. However, from the first meeting, art historians and curators were involved as well. Noted early artist members such as Helène Aylon, Siona Benjamin, Tobi Kahn, Archie Rand, Susan Schwalb, and Mierle Laderman Ukeles helped open doors and remain actively involved.

After its first exhibition and symposium, Tzelem, in downtown New York City in 2009, the group quickly attracted national and international attention. Current members reside in the Americas, Israel, Europe, Australia, South Africa, and the Far East. Shifting from a local to a global presence inspired the creation of an active online identity. Our extensive website www. jewishartsalon.org and Facebook group (over 2,700 followers) were created to facilitate member postings and exchanges about exhibitions and artist accomplishments, and as a forum for questions and discussions. We have also created educational programs, connecting Jews with their heritage through art. The Salon recently became a 501(c)(3) nonprofit; this status allows us to apply for grants and be taken more seriously by grantees, as opposed to being under a financial umbrella of another nonprofit, as we were previously.

Membership includes artists from diverse backgrounds: Sephardic, Mizrahi, and Ashkenazic—secular to Haredi— who work in many styles and mediums. From painting and sculpture to conceptual art and new media, the Salon covers a wide range of artistic expressions. Art historian Matthew Baigell explains the organization’s purpose well: “The Salon brings together a surprisingly large number of artists who choose to explore their religious and cultural heritage, examine what it means to create art with Jewish content in the contemporary world and, in effect, help create a contemporary Jewish culture.” 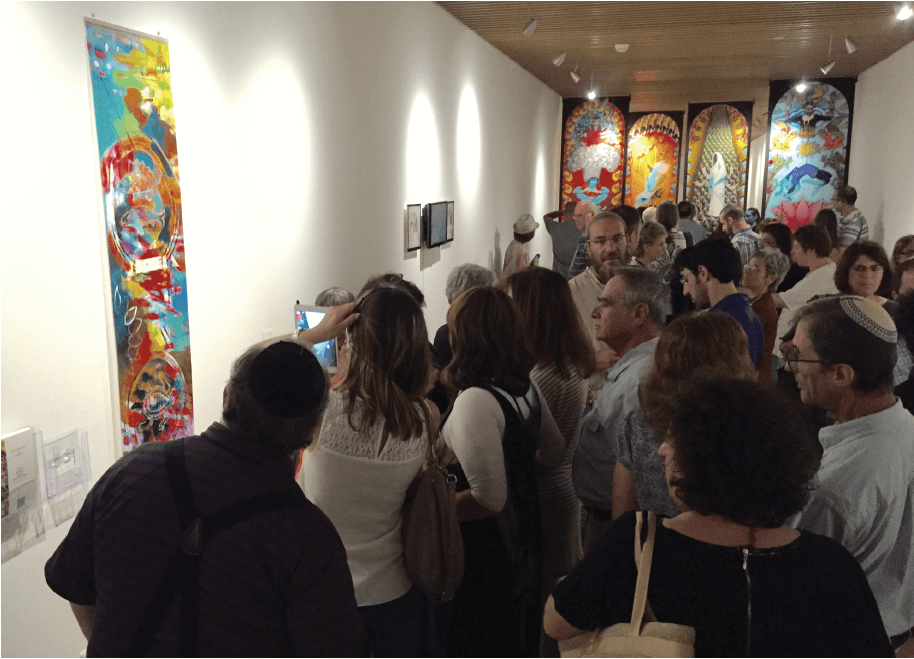 Cofounders Richard McBee, Joel Silverstein, and I organized the majority of the early exhibitions and panels, with occasional guest curators and volunteers. In recent years the roster of steady curators has been broadened by Goldie Gross, an Art History master’s student at New York University, who also introduced a student-membership initiative to involve more young artists and scholars with the Salon’s activities.

Exhibitions and related panel discussions include such themes as Feminist Jewish Art; The Consequences of Hate Speech; Spinoza: Marrano of Reason; Jews and Comics; Through Compassionate Eyes: Animal Rights; Passover and Freedom; Contemporary Jewish Narratives; and Dura Europos: An Ancient Site Revisited through Twenty-First-Century Eyes. The Salon was proud to have participated in two Jerusalem Biennials (2015, 2017) as well as the 2019 Miami Art Week. Many of our exhibits are accompanied by catalog publications. All of these events have generated additional programs and resources, and developed lasting partnerships with the international Jewish art community as well as the general public. A number of our members received press exposure through our events, mentioned in Haaretz, the Jerusalem Post, Ars Judaica (an Israel-based academic journal), Art Criticism (a US-based academic journal), and many others.

During the COVID-virus lockdown I created a weekly Sunday Open Studios program on the Zoom platform, featuring artists, curators, and other guests. These sessions strengthened bonds between members worldwide. Participants appreciated the opportunity to discover work they could never access otherwise, and to meet others from around the world who engage with the varieties of Jewish experience. The current Zoom art series “After the Flood: ReGenesis,” curated by artists Judith Joseph and Dorit Jordan Dotan, features twice-a-month art events that generate lively discussions by dozens of participants.

Currently, the Jewish Art Salon is excited to partner with The Israelite Samaritans Project of the Yeshiva University Center for Israel Studies in the creation of a unique exhibition, The Samaritans: A Biblical People, which explores the Samaritans, their complex culture and religion, and their relationships with Jews, Christians, and Muslims across time. The traveling exhibition opens at the Museum of the Bible in Washington, DC, in fall 2022 (preceded by pop-up events in New York), will include Jewish contemporary art created by eight of our members. Steven Fine, professor at Yeshiva University, teamed up with Jewish Art Salon leadership to invite specially created contemporary artworks that reflect upon the experience and history of the Samaritan people as seen through Jewish eyes.

In partnership with CARAVAN (an international interfaith arts nonprofit), the Salon is at present working on the exhibition Genesis: The Beginning of Creativity, with art from all traditions and faith backgrounds, to be mounted in spring 2023 at the Interchurch Center in New York and at a second venue yet to be determined. Visual artists of all beliefs and philosophies were selected to respond to Creation narratives in the book of Genesis, the Gospel of John, and relevant suras of the Quran, encouraging a conversation between artists of the three major monotheistic faiths, and secular and nondenominational artists as well. The Salon remains ever committed to using texts, commentaries, and culture in the quest for social dialogue between diverse peoples and perspectives.

At our base in the New York area, the Salon continues to organize well-attended and popular salon sessions with international artists and scholars at artist studios, galleries, and museums. Locally and globally, the Jewish Art Salon creates an actual community of kindred spirits—of artists and scholars engaged in Jewish subject matter. We have become an extended family that provides support for continued engagement in Jewish visual creativity. 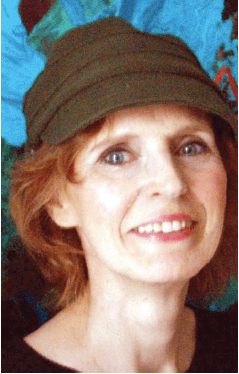 YONA VERWER is the founding director of the Jewish Art Salon and a Dutch-born, New-York-based multimedia artist whose works explore personal and collective identity, history, tikkun ‘olam, and kabbalah.