Take a look at the typical syllabus for an Introduction to Hebrew Bible / Old Testament course. The odds are high that the secondary readings are mostly written by white men. This complements nicely, but problematically, the Bible itself, which is largely, if not totally, a male composition, transmitted by male scribes.

Introductory Bible courses typically highlight historicalcritical perspectives, emphasizing what the text meant in its original context to its earliest readers. Recently in The Journal of Biblical Literature, Adele Reinhartz and Wongi Park suggested that this approach is tainted because it was developed by European white males. But I do not believe that an idea is wrong because of how it originated. Others have criticized the historical-critical approach because many of the most central practitioners of historical-critical study, such as Wilhelm Martin Leberecht de Wette and Julius Wellhausen, show a strong Protestant, anti-Jewish bias; this has continued well into the twentieth century, if not beyond. This is true, but unlike some of my colleagues, my training and personal predilections do not allow me to exclude historical-critical methodologies from the classroom, and most of my research is based on historical-critical tools and questions. But we need to think carefully about how much space these take up in the classroom, and how we present these to our students; as instructors, we should not teach these methods as absolutely true—instead, we should explain them within the historical contexts that engendered them. In addition, we must broaden historical criticism to incorporate newer perspectives from disciplines such as feminism and postcolonial studies.

We then add another nail into the coffin representing the death of the humanities, as we insist that our texts can only be understood as dead, distant documents, unrelated to current life or interests.

Many of us who teach biblical studies at colleges and universities emphasize historical-critical methods since that is how we were taught by our teachers, and that is how our teachers were taught. Though not harking back to Sinai, this tradition has several generations of weight behind it. Others defend the appropriateness of this method with the claim that it is value neutral, not fostering any particular religion or religious perspective. But is it? It certainly does not comport well with typical Orthodox Jewish or evangelical Christian beliefs. Furthermore, can any stance be purely neutral?

I believe that some of the other methods or orientations used by biblical scholars are appropriate for supplementing the historical-critical approach in the college classroom. One of these, reception history, or history of interpretation, instead of focusing on what the text originally meant, explores what it means in later contexts, and even (!) on what it means now. This approach has become especially popular within biblical studies in the last few decades. These interpretations, found already in the latest books of the Bible, can be in prose and poetic texts, art (from ancient mosaics to the medieval masters to the cartoon The Book of Genesis Illustrated by Robert Crumb), music (“even” in pop music in Hebrew and English), film, and many other media. Some of these interpretations are from particular religious or antireligious perspectives or traditions, while others are more religiously neutral. They show how different people, of different types, in different times, have engaged with the text.

Engagement is key. Many if not most of our college students are seekers, looking to engage with the text— that is why they are taking our courses. (I wonder how many students would enroll in a course called “The Bible for Atheists”?) I have heard (horror) stories about professors of biblical studies telling their students as soon as they walk into the classroom on day one: “Leave everything you heard in religious school on the other side of the door.” Many religious students immediately turn around, or never come back for the second class, and thus never have the opportunity to learn the variety of orientations we should be teaching. We then add another nail into the coffin representing the death of the humanities, as we insist that our texts can only be understood as dead, distant documents, unrelated to current life or interests.

Showing a wide variety of receptions of the Bible encourages students to develop, I would hope in a sophisticated fashion, their own receptions. And I believe that including (the tainted?) historical-critical model among these orientations actually helps students work out their own interpretations by thoughtfully negotiating between what the text meant and what it now means. At a minimum, we should present the Bible through bifocals, the Bible as a text in history, and through history. The historical-critical methods can show what the text, or even the Urtext, meant in its early contexts. That is what I mean by “in history.” Some, but not I, would deny that this is possible. But what makes the Bible such an amazing text is how protean it is—through interpretation, it keeps changing shape over time, in different religious traditions, in different locations. This should be celebrated. In the classroom, when I teach a tradition representing a group of students in the class (e.g., Bernard of Clairvaux to Christians, or Gale Yee’s perspective on Ruth to Asian students), their ears perk up, and they feel included and recognized.

The membership of the Society of Biblical Literature is about 75 percent male and 85 percent white. Teaching the Bible through history offers us an opportunity to move beyond these majority scholars. Women and nonwhites have interpreted the Bible in a variety of genres, and I now try consciously to include their voices in all of my syllabi. Sometimes this is easy, as when I taught a text course on the Song of Songs; many women have written on it over the last half-century. When I taught Deuteronomy recently, this was harder, but I did integrate more women and minoritized scholars, while keeping many of the traditional important studies by white Protestant men—these should not be automatically canceled. We must always remember: How can we hope that a wide variety of our students will study our material, and enter the field, if they cannot see themselves in the assigned readings?

We should stop complaining about the diminishing interest in the humanities, and must act. In the case of biblical studies, I suggest a two-pronged approach that I only began to outline above: while maintaining historicalcritical approaches, broadly conceived, as part of what we teach, we must also expand our purview to include studies that incorporate the history of interpretation, highlighting the rich variety of meanings the biblical text has garnered through the diverse people who have interpreted it over time. I see this as a Jewish venture, open to everyone: after all, Jewish biblical interpretations, as represented by the pages of the Mikra‘ot Gedolot (rabbinic Bible), celebrate diverse, and even conflicting, biblical interpretations. 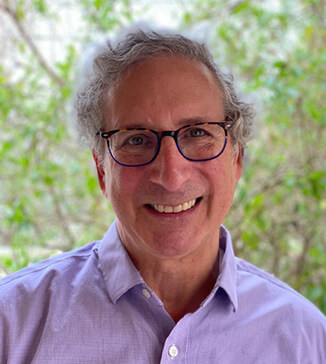 MARC ZVI BRETTLER is Bernice and Morton Distinguished Professor in Judaic Studies in the Department of Religious Studies at Duke University. His most recent book, written with Amy-Jill Levine, is The Bible With and Without Jesus: How Jews and Christians Read the Same Stories Differently (HarperOne, 2020). He recently participated in a program initiated by the Society of Biblical Literature on Multiracial Biblical Studies.