No Exception: On Teaching Zionism, Palestine, and Israel

Students make their way to my “Zionism, Palestine, and Israel in Historical Perspective” class for a variety of reasons. Some are there in order to make sense of a subject that appears all too often in the headlines. Others are there with firmly held views in support of one (imagined) side or another and are looking for confirmation of their beliefs. Some have direct ties to the region or have come to believe that the land is—by birthright—theirs to claim. Very few are there to have their preconceived notions tested and to contend with ideas at odds with their own. These factors make teaching this class particularly challenging and deeply rewarding at the same time.

My goals with the class are many, but an overriding one is for students to understand the ways in which the histories of Jews and Palestinians are deeply intertwined with one another, both in the present and long before the dual catastrophes of the mid-twentieth century—the Shoah and the Nakba—brought them together. To that end, before we engage in the history of Zionism’s European origins and its implementation in Palestine/Israel, we begin the class by reading from a contemporary collection of family histories and memories from the region. The stories describe the conflict from both Jewish and Palestinian points of view and demonstrate that it is not only land which is contested, but history and memory as well. I try to convey that it is entirely ethical to be deeply sympathetic both towards the experience of European Jews in the decades prior to the creation of the State of Israel when they faced genocidal violence, widespread antisemitism, and nearly wholesale indifference to their situation by the rest of the world and towards the experience of Palestinian Arabs who faced nearly wholesale ethnic cleansing with the founding of Israel and systematic oppression since. Indeed, a commitment to universal human rights demands such a stance.

Another central goal of this course is to de-exceptionalize the Jewish past by holding it to the same standards with which we examine other national histories. On account of the Holocaust and its position in our contemporary society, students are often reluctant to examine critically the history of the Zionist movement or Israel. They are quick to accept a more simplistic narrative of loss and redemption to explain the creation of the state rather than risk causing offense, or, as we see too often, risk being called out as antisemitic for having leveled criticisms of Israel that would be acceptable in other circumstances. In spite of this hesitancy, it’s my task to demonstrate to them the value of reckoning with difficult histories. In the US South, where I now teach, we are in the midst of contending with the brutal legacy of slavery and Jim Crow. In Winston-Salem, NC that has meant a long community debate over the fate of a statue of a Confederate soldier that was erected in the early 20th century to assert white supremacy. At Wake Forest University, it has meant acknowledging its participation in, and profit from the slave-trade in the early years of the institution. Recently, I brought a class to Central Europe to examine how various European countries have contended with their histories of antisemitism and the Holocaust. Students in my Zionism class, therefore, learn that just like the US, Germany, Poland, the Czech Republic and every other country, Israel too has a difficult history that must be confronted as a necessary step towards repair and reconciliation.

Barry Trachtenberg is the Michael H. and Deborah K. Rubin Presidential Chair of Jewish History at Wake Forest University and author of The United States and the Nazi Holocaust: Race, Refuge, and Remembrance (Bloomsbury, 2018). 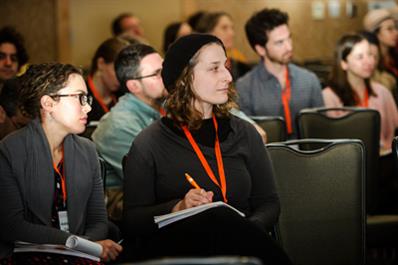