Passports for Palestine: Citizenship, Forged Identity Papers, and American Travel to Israel during the 1948 War

In March 1948, Larry Hoffman, an American Jewish undergraduate studying at City College in Manhattan, submitted a seemingly benign passport application to travel to France. State Department officials, however, flagged the paperwork later that spring when they learned that Israel, and not France, would be Hoffman’s actual destination. They questioned whether this omission served as an attempt to conceal his desire to volunteer with the nascent Israel Defense Forces (IDF), especially since the American legal code had made participation in a foreign military illegal. Hoffman signed an affidavit certifying that a change in business opportunities, and not the 1948 Arab-Israeli War, had necessitated the switch to his itinerary. Yet, by the fall of that year, Hoffman had indeed enlisted in the IDF. The use—and abuse—of travel documents enabled Americans like Hoffman to circumvent federal regulations and ultimately facilitated their transportation to Palestine, and later Israel, to serve as volunteers in its War of Independence. Their ability to legally return to the United States, however, depended on the very same government officials they tried to evade. Hoffman’s travel hiccups revealed the precarity of one’s citizenship, especially in a post–World War II and early Cold War era where American Jews experienced charges of dual loyalty.

He likely lied about his service to avoid potential prosecution for joining a foreign military.

An estimated 1,100 Americans temporarily volunteered as soldiers, health professionals, or support staff during Israel’s War of Independence. This group overwhelmingly consisted of men from the United States, with about 90 percent identifying as Jews. They held roles in all areas of the armed forces. Women did not serve in combat positions, but those like American Jews Freida Drillick and Zipporah Porath worked as medics or in intelligence units. Together, these Americans belonged to Maḥal, the Hebrew acronym for the IDF administrative unit supervising the approximately 3,500 to 4,500 total overseas volunteers from across the globe who assisted Israel during the 1948 War. American World War II veterans enlisted to apply their military expertise to another war. Jewish communal belonging, humanitarian interests, and a thrill for adventure served as additional motivations for volunteering. American maḥalnikim represented a sliver of the total United States Jewish population, in part reflecting the anxiety associated with potentially losing their citizenship if they served in a foreign military, as outlined in the Nationality Act of 1940. Not all the American volunteers used forged identity papers to travel to Israel, but those who did considered the fabrication of identities or travel documents a risk worth taking.

The details of Larry Hoffman’s clandestine travel itinerary remained uncertain, given conflicting personal and governmental accounts. Records from the Department of State’s Division of Security and Investigation revealed that officials confiscated Hoffman’s passport in June 1948 when he attempted to sail from New York to Israel. He later recalled successfully using forged Panamanian papers to arrive in Haifa that fall. Canadian immigration authorities then caught Hoffman using a fake British passport under the name of Montague Ritterband upon his attempted return, entering Canada in March 1949 with the goal of then crossing into the United States using his American birth certificate. During his brief detainment in St. John, New Brunswick, while officials confirmed his American citizenship, Hoffman signed an affidavit explaining the reason for his initial passport application deception the previous year. According to the statement, a middle-aged Jewish man had approached him in early 1948 to ask whether he would be interested in assisting the Haganah, the forerunner to the IDF. “I told him I was not interested in the Army as I did not want to lose my citizenship,” Hoffman stated.i Percy Katz, a fellow passenger aboard the ship that docked in Canada, confirmed Hoffman’s alibi that he had only worked in Israel as a civilian, but he (Katz) had served in the Maḥal unit.

Still others recalled being placed on travel “watch lists” at airports.

These statements about Hoffman’s participation in the IDF contradicted other evidence suggesting that he indeed volunteered as a Maḥal member. Examples include Hoffman’s position as a former president of the American Veterans of Israel organization, his response to a 1990s-questionnaire asking about maḥalnikim’s recollections of their volunteer experiences, and his inclusion in the World Maḥal database. The subtext of Hoffman’s 1949 affidavit further offers clues about his activities during the 1948 Arab-Israeli War. Before Hoffman could be released from Canadian immigration custody, the American consulate in St. John requested proof of his United States citizenship status. Hoffman’s written testimony, expressly stating that he avoided volunteering in the IDF so as not to lose his citizenship, accompanied this application. He likely lied about his service to avoid potential prosecution for joining a foreign military. Hoffman ultimately retained his American citizenship, but the Department of State temporarily revoked his passport privileges. Ruth B. Shipley, the acting chief of the Passport Division, notified Hoffman that “in the event that you should have occasion to proceed abroad, it is suggested that you so inform the Department which will then give consideration to the return of your passport to you.”ii Hoffman’s short-term affiliation with Maḥal directly affected his future ability to travel.

An analysis of the extralegal framework used by American maḥalnikim like Larry Hoffman to serve in the IDF reveals the significance travel—and travel documents—played in these volunteers’ wartime experiences. While most maḥalnikim avoided prosecution and only one, Charlie Winters, received an eighteen-month prison sentence for smuggling airplanes into Israel, others paid fines or had their passports revoked. Still others recalled being placed on travel “watch lists” at airports. American volunteers, especially in the immediate years after Israel’s establishment, often understated their service in the IDF to avoid citizenship challenges or other legal issues. While the American government opposed participation in an overseas war, its consular officials often recognized the legal limbo of Maḥal members who entered or exited Israel without the proper travel documentation or under assumed names. Not long after Hoffman’s detainment in March 1949, the consulate coincidentally informed the IDF they would help any American volunteer obtain a valid passport to legally reenter the United States.

The lack of overall prosecution for volunteers who traveled to Israel demonstrates the tenuousness of the early US-Israel relationship, where a more friendly and diplomatic approach often guided questions about citizenship, yet the revocation of one’s civil rights or imprisonment could not be ruled out. The more complete inclusion of Jews in American society in the mid-twentieth century, along with later Supreme Court cases challenging the legality of an involuntary loss of citizenship, facilitated the legal and cultural recognition of contemporary American “lone soldiers” who continue to volunteer in the IDF today. 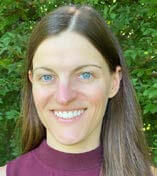 Amy Weiss is assistant professor of Judaic Studies and History at the University of Hartford, where she also holds the Maurice Greenberg Chair of Judaic Studies. Her research on American maḥalnikim has been published in Israel Studies and the edited volume, Armed Jews in the Americas (Brill, 2021). She is currently writing a book on American Jewish-Protestant relations and Israel.